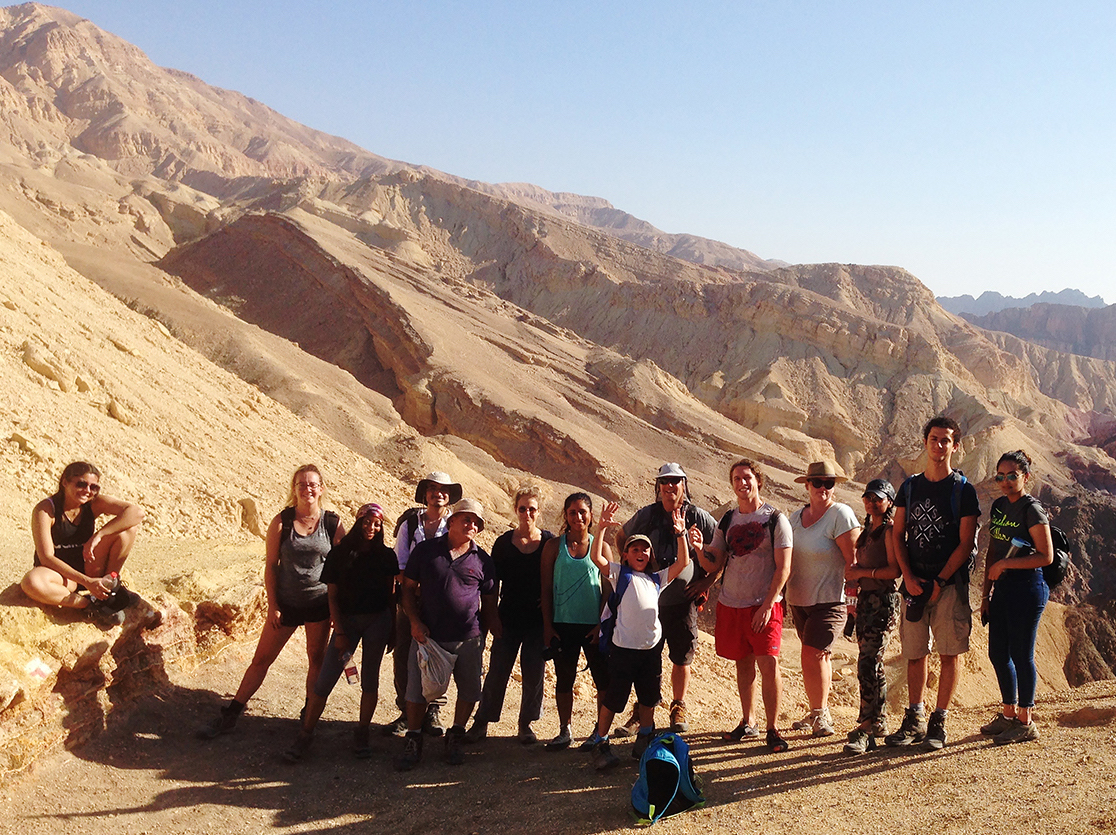 This August, seven LIU Post students joined Dr. Kent Hatch, an Associate Professor of Biology, to study the behavior of bats in the desert of Israel.

From July 27th until August 14th, Aaron Mayo, Daniela Mathieu, Disha Lumsir, Chanpreet Singh, Mallory Slack, Simone Smith and Indira Rojas were in the Israel conducting research as part of a Biology 290 course. The course itself was created and taught by an international team of professors from Israel, Italy, and the US and included not only the LIU students, but five students from Israel and one India. Working alongside Israeli graduate students at the Ben-Gurion University of the Negev, the LIU students were testing two hypotheses about bat habits—and managed to disprove both of them.

The goal of the first study was to find out how loud music, often played at campgrounds, can effect bat behavior at night when they are feeding, and the second study was meant to see if temperature determines where bats choose to roost for the night.

Using specialized mist nets, the students helped catch the bats and hold them for about a week so they could analyze their behavior.

Despite the old saying, bats aren’t blind. They can see as well as humans. At night, they use sound waves and echoes—a process called echolocation—to navigate and find food in the dark. According to Dr. Hatch, the study revealed that the lower frequencies of campground music that are audible to the human ear don’t bother the animals because they rely on higher frequencies of sound to get around.

To test the second hypothesis, the students released the bats into a chamber that had one roost at a cool temperature and the other at a warmer temperature. Surprisingly, bats in groups of two or more preferred the warmer roost, while solo bats chose the cooler one. Researchers had thought the bats would do the opposite.

Dr. Hatch praised the LIU students for working hard every day starting at 8 in the morning and lasting until midnight—and impressing their academic colleagues.

“They did really well and got lots of compliments from the Israeli professors and the Italian professor there,” said Dr. Hatch.

With hard work comes great rewards: students also got the opportunity to travel while they were in Israel. One weekend, they took a trip to the Dead Sea. Later they visited the coastal city of Eilat on the Gulf of Aqaba, where they hiked in the mountains, which proved to be one of the highlights of the trip. When the course was completed, they spent time in Tel Aviv and Jerusalem, where they rejoined some of the Israeli students they’d befriended in the desert.