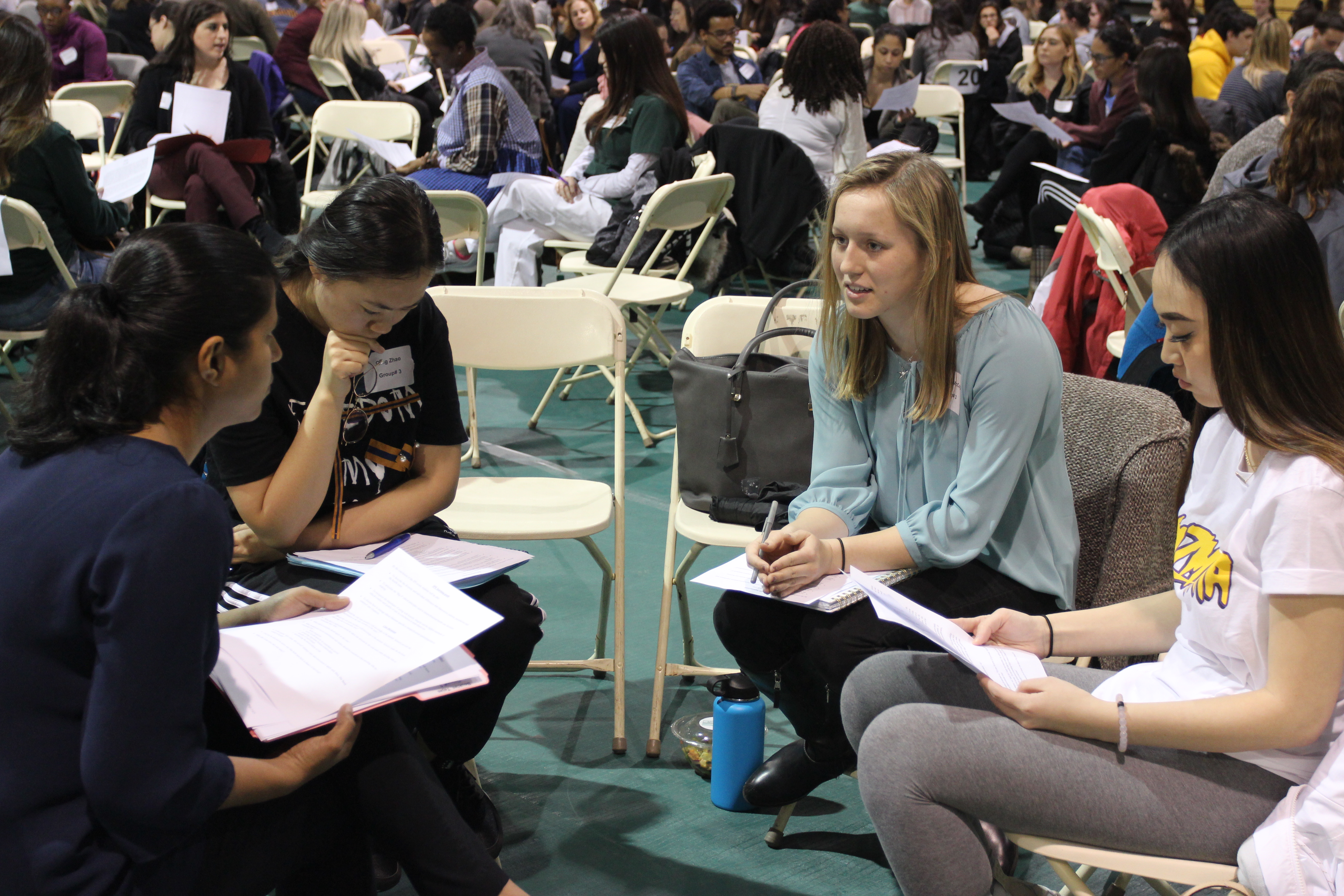 Hundreds of LIU Post students from different health professions and majors assembled with 50 faculty members and graduate students in the gym at the Pratt Center on April 3 to resolve a case study that raised a complicated ethical dilemma as the School of Health Professions & Nursing held its second annual Interprofessional Education Learning Collaborative event.

As Stacy Jaffee-Gropack, Ph.D., PT, dean of School of Health Professions & Nursing, explained, the goal was to deliberately expose the students to diverse viewpoints as they wrestled with the ethical implications of a life-and-death situation on a hospital floor.

“They’re going to have to all work together to come up with a resolution,” said Dean Jaffee-Gropack. “Part of the exercise is for them to understand what each of the different disciplines do, because when they work in a health-care setting they’re going to be working in a team with people who are not always in the same discipline and they need to start learning that now.”

“We’re going to take a look at the big four ethical principles that as a health-care practitioner for 25 years, I have used probably every day of my professional life,” said Professor Vila.

As she outlined them, they include autonomy (“the patient’s right to refuse treatment”), beneficence (“doing the right thing”), non-malevolence (“do no harm”) and justice (“fair, equitable and appropriate treatment of others and allocation of resources and goods; unbiased decision-making”).

Once every team had reached a consensus on the best way to handle the case study, Vila called on individual students around the gym to share their views with the assembled throng.

Afterwards, as they were leaving, several students expressed their appreciation for what they’d gained by participating in the event.

“It’s great to be able to learn from different majors,” said Stacy Evans, a first-year nursing student from Long Island.

Rhodene Whyte, a senior majoring in health care administration who was originally from Jamaica, especially enjoyed the case study discussion. “Everyone has their own opinion,” she said, “but we all have to make the best decision for the patient.”

Dean Jaffee-Gropack said they plan to hold another event like this next year.