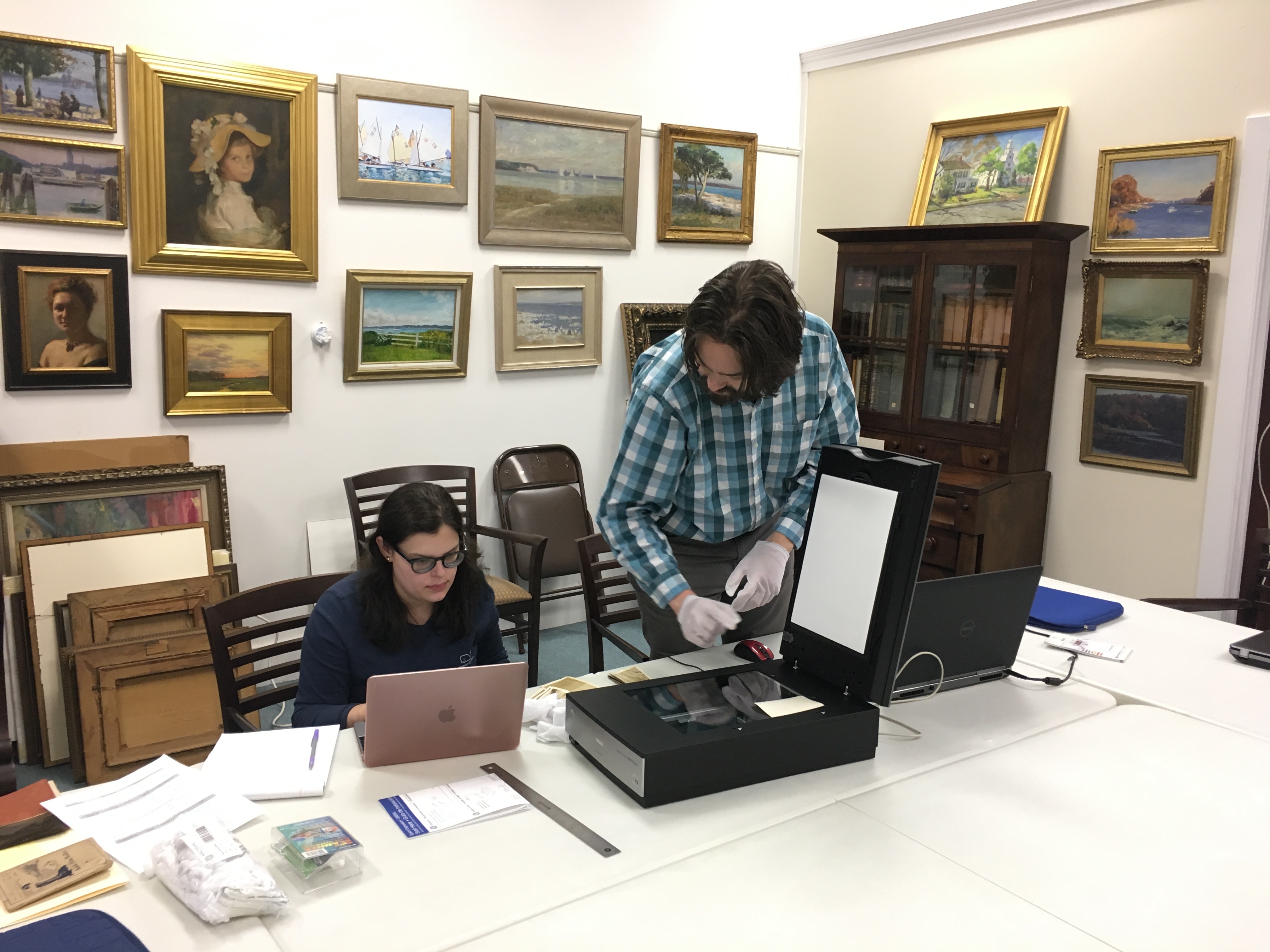 BROOKVILLE, N.Y. (December 4, 2017) –LIU Post’s Palmer School of Library and Information Science was awarded a $1 million grant from the Robert David Lion Gardiner Foundation to expand an important project to both preserve Long Island’s history and make it more accessible.

“We are proud to expand the successful partnership between the nationally-recognized Palmer School and the Robert David Lion Gardner Foundation to help protect our region’s rich history,” said LIU President Dr. Kimberly R. Cline. “This project to preserve vital historical documents and make them accessible will have a lasting impact on our region, now and for future generations.”

The Palmer School works with the historical societies to do some work on location, and other work at LIU Post. Fragile, oversized, and bound items are brought to the Palmer School’s Lab for scanning on a large, DT Atom tabletop digitization platform. The School also has two portable digitization units that students are able to take to the historical societies for the other material.

The Palmer School is a national leader in library science and one of just 62 schools accredited by the American Library Association. It offers the only Ph.D. program in Information Studies in the New York metropolitan area and is the only library sciences school in our region to be admitted into membership in the prestigious iSchools Consortium.

The project is led by Dr. Gregory Hunter, Professor of Library and Information Science, who

heads the doctoral program at the Palmer School. Dr. Hunter is a nationally-recognized expert who was a key member of the team that designed and implemented the Electronic Records Archives for the National Archives and Records Administration. A Certified Archivist and a Certified Records Manager, Dr. Hunter is the Editor of the leading peer-reviewed journal in the field, The American Archivist, and his award-winning book is the standard text in the field.

“The Gardiner Foundation’s grant will allow us to preserve Long Island’s history and ensure that the next generation of archival professionals has the skills to preserve history in the digital age,” said Dr. Hunter. “This continues the important work of the Palmer School, which is our region’s leading information school.”

The grant includes significant scholarship support for masters and Ph.D. students at the Palmer School, in addition to opportunities for long-term fieldwork placement that benefit both the historical societies and Palmer School students.

“Due to the overwhelming response and success of this project, we are pleased to be able to award this new grant to expand our partnership with the Palmer School,” said Kathryn M. Curran, Executive Director of the Robert David Lion Gardiner Foundation. “The Robert David Lion Gardiner Foundation’s mission is to promote our regional history. The artifacts and archives of historical societies are untapped treasure troves for researchers and scholars. It is our hope that this award will make these collections available as vital part of local historic study. The Palmer School is our region’s leading institution to offer the expertise and resources to accomplish this goal.”

The funding will also allow for an annual Gardiner Symposium to begin next year, which will showcase progress and feature historical documents.