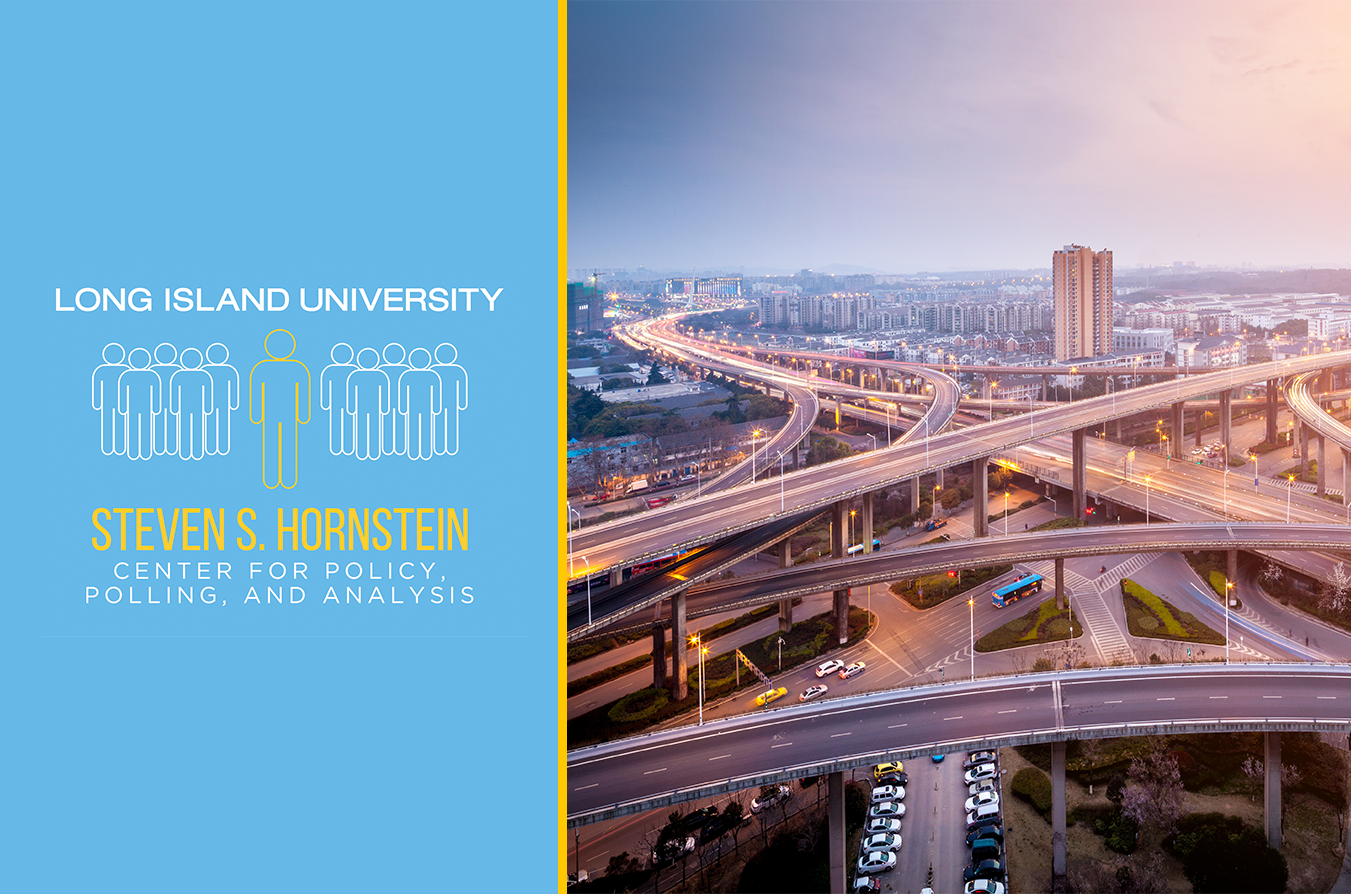 A BIPARTISAN INFRASTRUCTURE PLAN WAS PASSED BY THE U.S. SENATE. NEXT STOP…HOUSE OF REPRESENTATIVES

On Tuesday, August 10, 2021 the US Senate passed a bipartisan infrastructure bill called the Infrastructure Investment and Jobs Act that features $550 billion in new federal spending over five years on American infrastructure including clean drinking water, roads, bridges, airports, railroads, high speed internet, environmental remediation, power and electric vehicle infrastructure. The bill now heads to the House of Representatives for a vote and approval before it can be sent to President Biden’s desk to be signed into law.

Americans were asked if they believed the federal government’s proposed infrastructure bill will add jobs and benefit American workers. Of the respondents, 55% said yes, 24% said no and 21% were unsure or had no answer. Male respondents said yes at a higher rate (59%) than female respondents (51%). 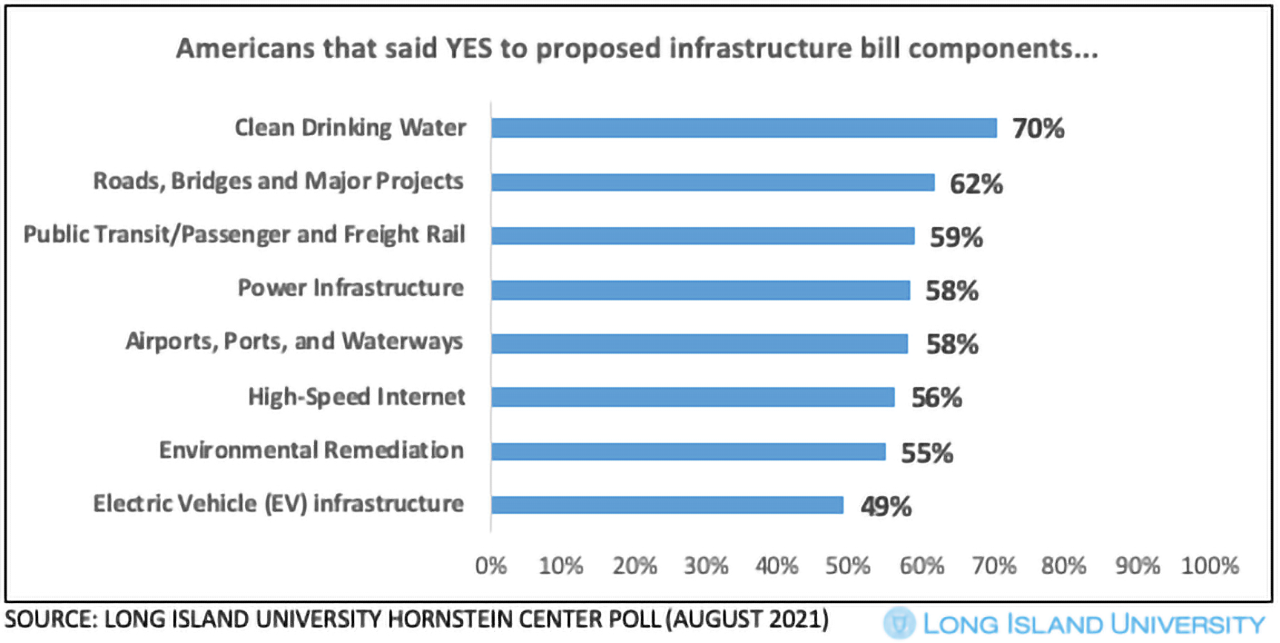 CONFIDENCE LEVEL IS MIXED THAT NO NEW TAXES WILL OCCUR FOR ANYONE MAKING LESS THAN $400,000

This Long Island University Steven S. Hornstein Center for Policy, Polling, and Analysis online poll was conducted through SurveyMonkey from August 11 – 12, 2021 among a national sample of 1,539 adults ages 18 and up. Respondents for this survey were selected from over 2.5 million people who take surveys on the SurveyMonkey platform each day. Data for this week have been weighted for age and gender using the Census Bureau’s American Community Survey to reflect the demographic composition of the United States. The modeled error estimate for this survey is plus or minus 2.5 percentage points.

Long Island University, founded in 1926, continues to redefine higher education, providing high quality academic instruction by world-class faculty. Recognized by Forbes for its emphasis on experiential learning and by the Brookings Institution for its “value added” to student outcomes, LIU offers over 250 degree programs, with a network of 275,000 alumni that includes industry leaders and entrepreneurs across the globe. Visit liu.edu for more information. 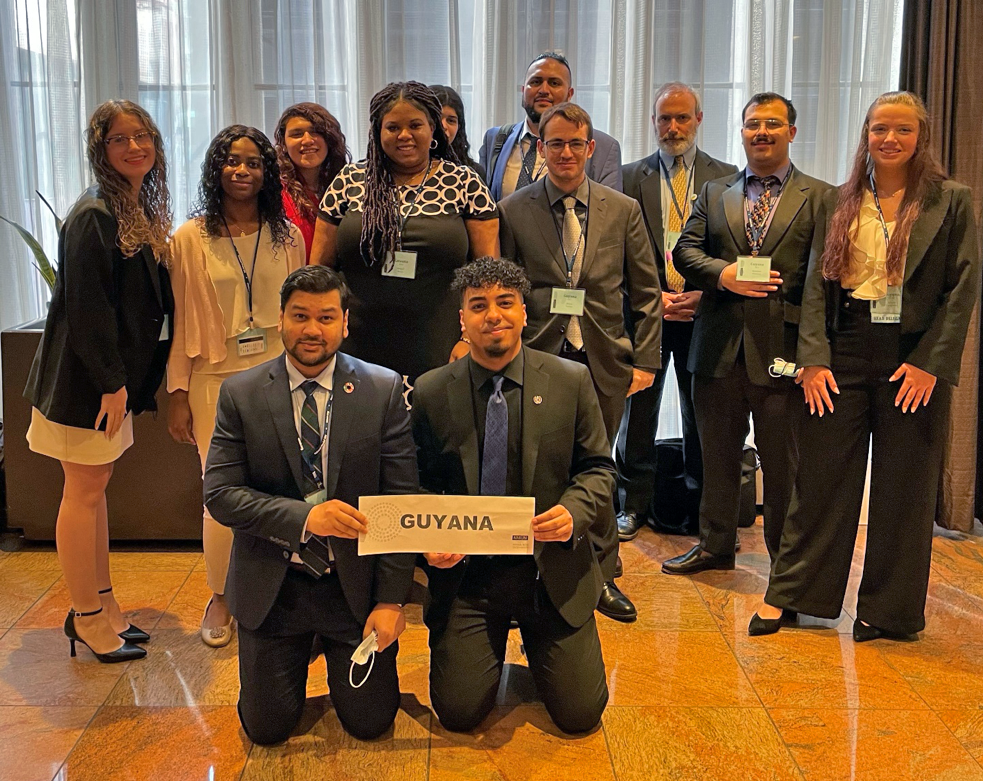