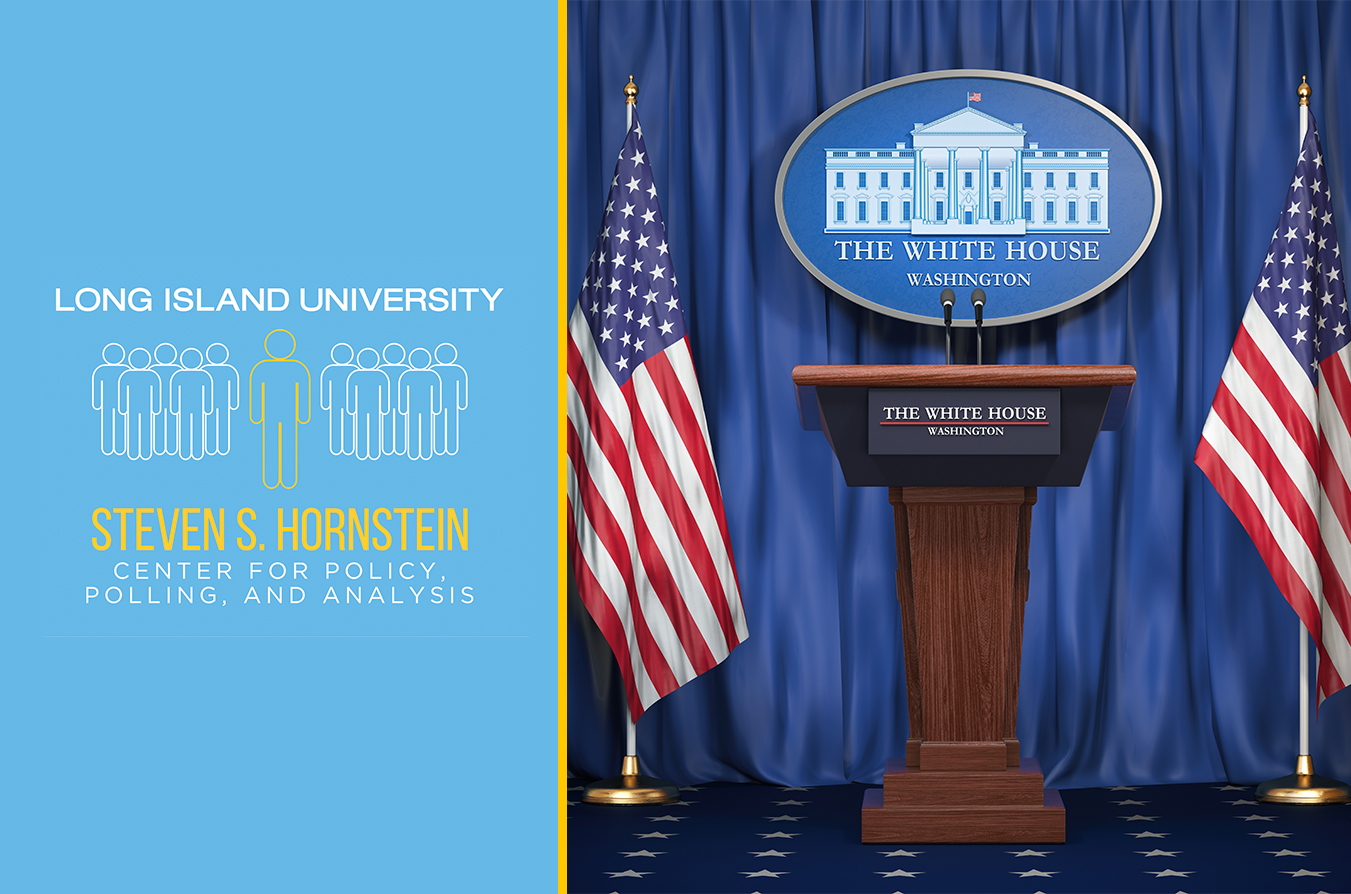 BROOKVILLE, NY, October 29, 2020 – Results of a breaking Long Island University Steven S. Hornstein Center for Policy, Polling, and Analysis national poll reveals what Americans think in the final days before the 2020 presidential election to be held on November 3, 2020.

Americans were asked if they already voted. More than half (54 percent) of all respondents said they already cast their ballot. 66 percent of Democrats and 54 percent of Republicans already voted.  Respondents who identify as independent or other party have been less inclined to vote early (43 percent). At the time of this national poll, more than 70 million Americans have already voted, exceeding half of the 2016 presidential election’s total turnout.

Americans were asked who they would vote for if the election were held today. Respondents said they would vote for Biden (47 percent), Trump (36 percent), and another candidate (5 percent). An additional 9 percent of respondents said they were undecided and 3 percent said they wouldn’t vote if the elections were held today. By comparison to an earlier national poll held on October 1, Trump has gained 5 points from 31 percent to 36 percent, while Biden holds steady at 47 percent, losing 1 point since earlier in the month.

The highest number of votes yet to be counted come from respondents that reported as independent or other party (57 percent). The issues that matter most to Independent/other respondents were the economy (24 percent), coronavirus (13 percent), and health care (13 percent). Independents and Democrats both rated the issues of health care and coronavirus over ten points higher than Republicans as the one issue that mattered most on deciding how to vote. Republicans reported the economy at a higher rate (53 percent) than Independents (24 percent) and Democrats (14 percent).

This Long Island University Steven S. Hornstein Center for Policy, Polling, and Analysis online poll was conducted through SurveyMonkey from October 26–27, 2020, among a national sample of 1,573 adults, ages 18 and up. Respondents for this survey were selected from the nearly three million people who take surveys on the SurveyMonkey platform each day. Data for this week have been weighted for age, race, sex, education, and geography using the Census Bureau’s American Community Survey to reflect the demographic composition of the United States. The modeled error estimate for this survey is plus or minus 3.5 percentage points.