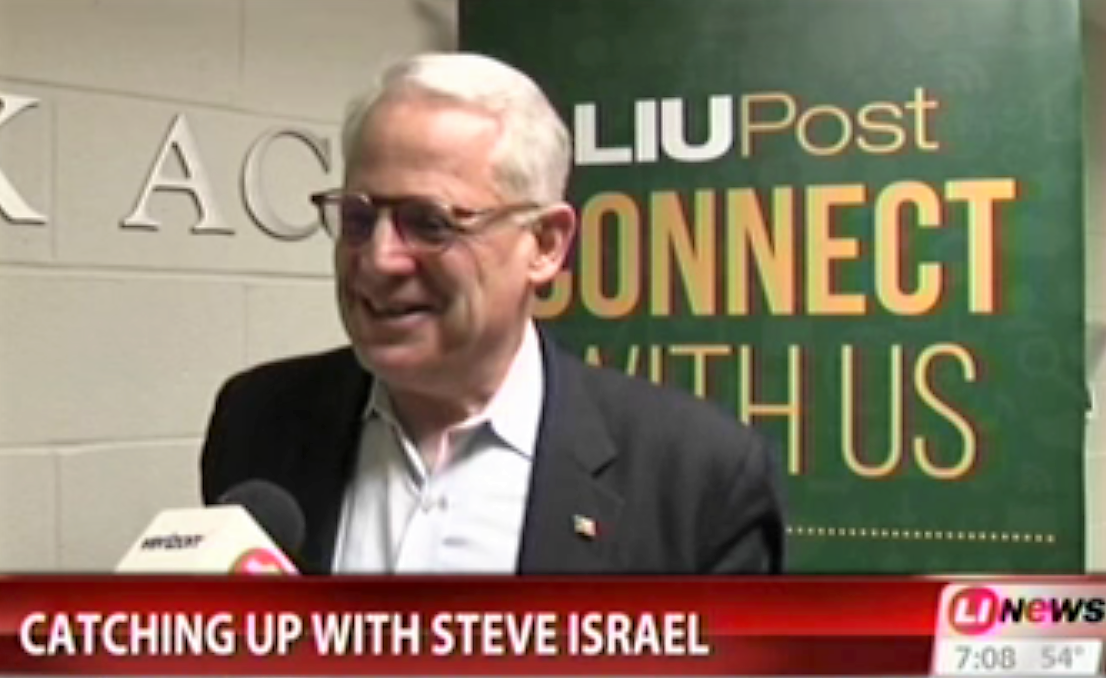 Fios News caught up with former Congressman Steve Israel, Chairman of the Global Institute at LIU and author of the recently released novel “Big Guns,” on the campus of LIU Post.

Fios sat in on Congressman Israel’s Honors College class, “Politics, Media, and Culture,” where the former chairman of the House Democrats’ campaign arm was teaching students by conducting a mock congressional campaign.

Congressman Israel told Fios, “Ever since leaving Congress, I’ve been doing a lot of smiling.”  See the story to find out why: FIOs1-LongIslandNews-480_2