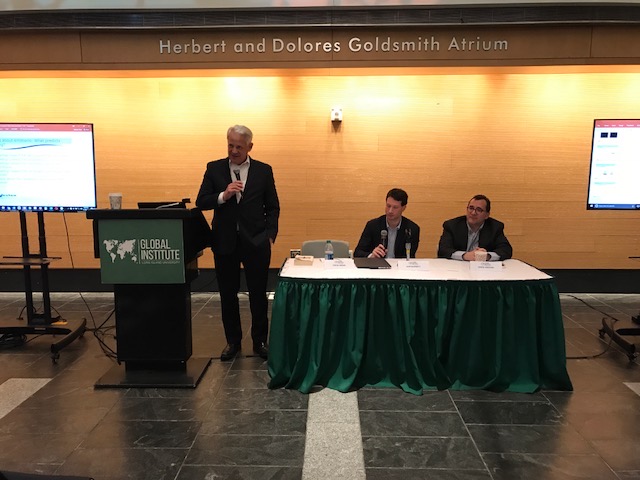 From Brexit to the election of President Trump to last week’s unexpectedly strong Democratic wins, politics are going through a constant state of upheaval, unraveling institutions and norms, with impacts on policies and alliances throughout the world.

In an effort to understand these trends, former Congressman Steve Israel, Chairman of the Global Institute at LIU, moderated a unique, nonpartisan panel November 16 in the Atrium of the Tilles Center for the Performing Arts on “Elections and How We Think.” The panel featured Drew Westen, Ph.D., author of “The Political Brain,” and neuroscientist Dr. Sam Barnett, two of the foremost experts in understanding how the workings of the human brain can effectively anticipate political behavior.

Congressman Israel, who was the former head of messaging for the House Democratic Caucus, introduced the discussion by telling the audience full of democrats, republicans, and independents that when someone on the other end of their political spectrum sounds like “they are living on another planet,” it’s because, neurologically-speaking, they just might be. This phenomenon that Israel deemed “the partisanship of the mind,” stems from the idea that progressives and conservatives filter their experiences through different sides of the brain. One side centers on reason. The other, emotion.

“The thing is, we have always been as a society—and this isn’t just in the United States, this is around the world—we always had a balance between the two. And the balance was fortified by things like Walter Cronkite, by exposure to true news that really was fair and balanced, by spending the time necessary to read,” Israel said.

Political messaging that appeals to one side over the other has done little to reconcile the growing divide in our electorate.

Dr. Sam Barnett, SBB Research Group CEO and neuroscientist, discussed research he had conducted last year with EEGs measuring the brain activity of viewers while viewing the March 2016 Republican primary debate. His findings that brain functioning increased tremendously when watching Donald Trump during the debate. Barnett’s focus group of Illinois voters was able to correctly predict the state primary’s outcome by ranking each candidate by neural activity, placing Trump first, Cruz second, Kasich third, and Rubio fourth. Although not scientific proof of a recipe for political success, it nevertheless prompted a conversation about how political communication, persuasion and biology may be intertwined.

Dr. Drew Westen, author of The Political Brain and professor of psychology and psychiatry at Emory University, further discussed the role of emotion in determining the political life of the nation. Westen showed how politicians can capture the hearts and minds of the electorate through examples of what candidates have said –or should have said—in debates, speeches and ads.

This fascinating discussion delved into a lengthy Q&A session with the audience of more than 150 members, which contained students, elected officials, union representatives, and community members. 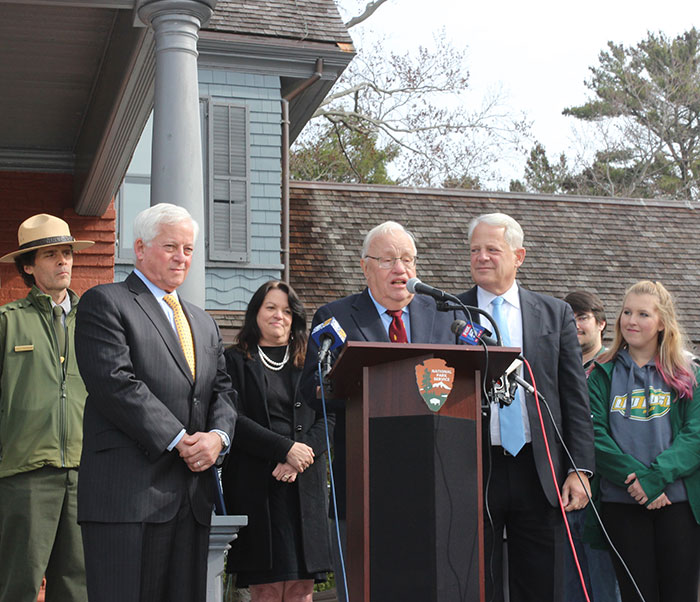