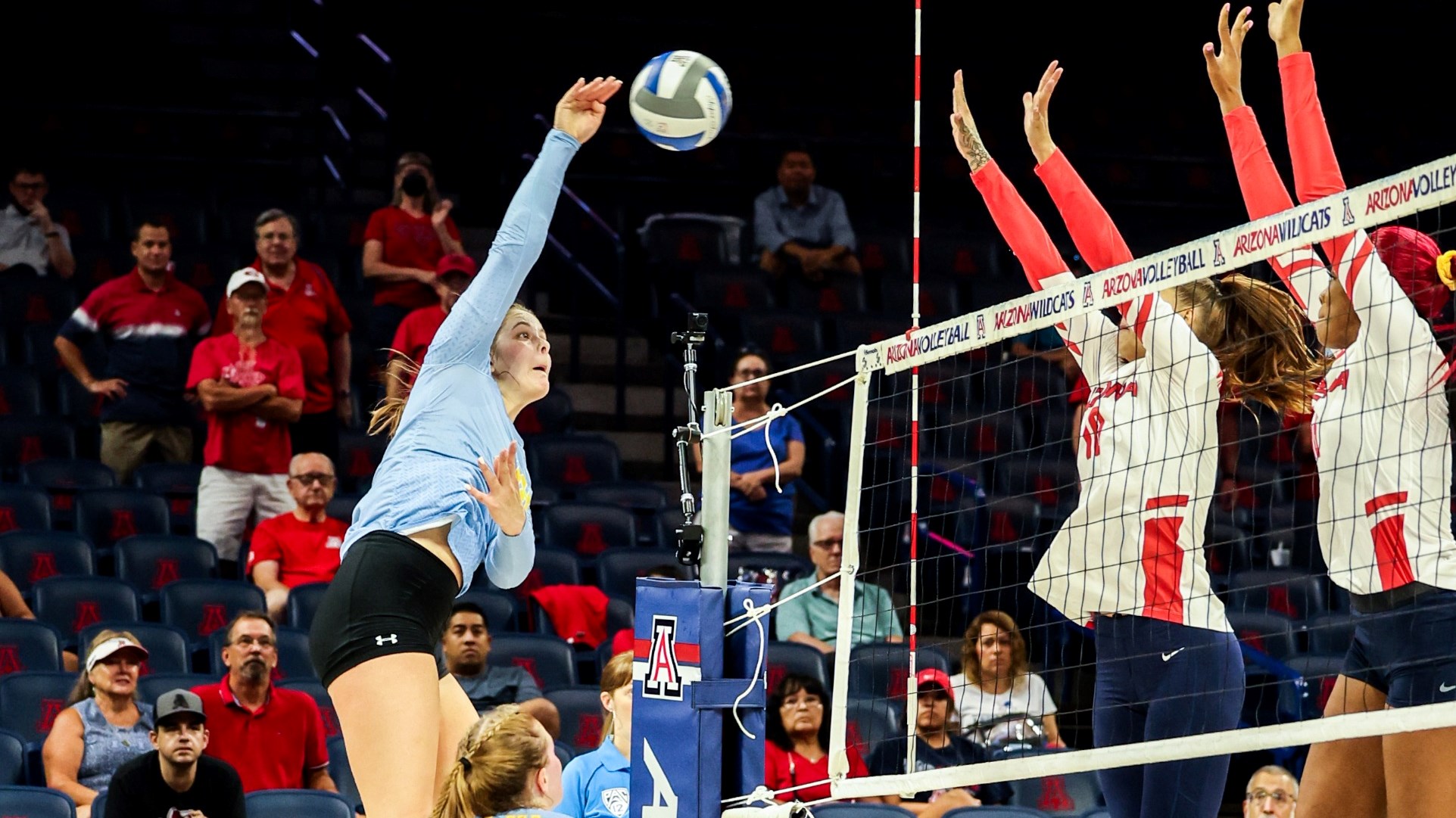 The Northeast Conference selected first-year women’s volleyball star Amaris Smith as its Rookie of the Week after she led the Sharks in kills during the season-opening three matches at the Arizona Cactus Classic in Tucson. The second match of the season involved a thrilling come-from-behind victory over Alabama State, in which Smith recorded 24 kills including the winning point.