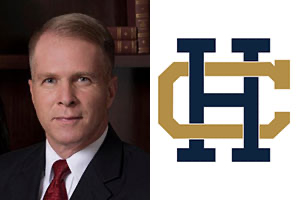 Col. William J. Gallagher ’92 was named the 18th headmaster of Holy Cross School in New Orleans after a 28-year career in the United States Army. Gallagher is a former trustee of the U.S. Military Academy at West Point and served as a faculty member at the Harvard Kennedy School of Government, president of Riverside Military Academy and dean of Valley Forge Military Academy & College.