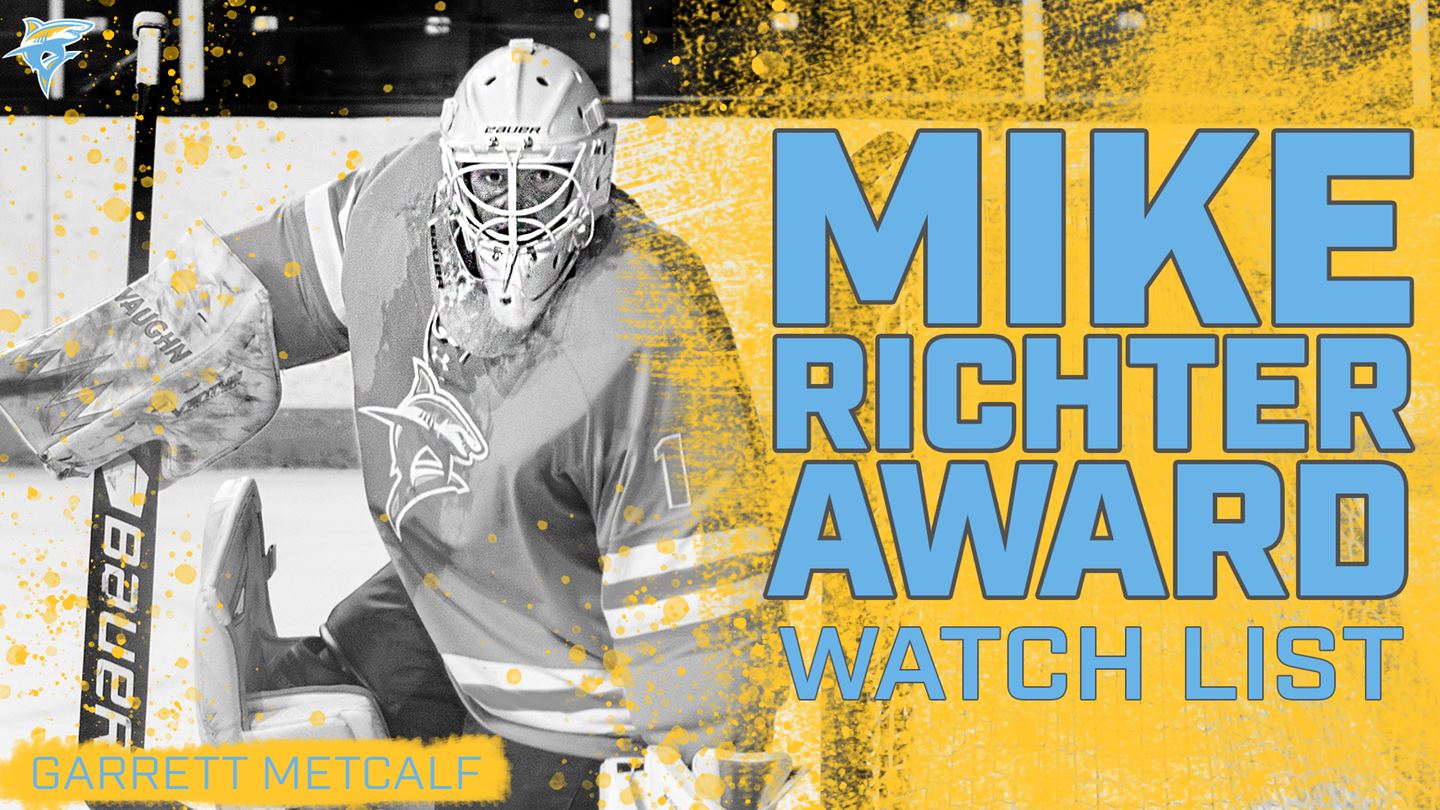 LIU men’s hockey senior goalkeeper Garrett Metcalf was named to the 2021 Mike Richter Award Watch List, the award given annually to the best goalkeeper in NCAA Division I hockey. Metcalf, who was drafted by the NHL’s Anaheim Ducks in 2015, joins a list of 35 goalkeepers from around the country competing for the award, and is the only athlete from an independent school to make the list. He has played in seven games for the Sharks, making 217 saves with a .919 save percentage.