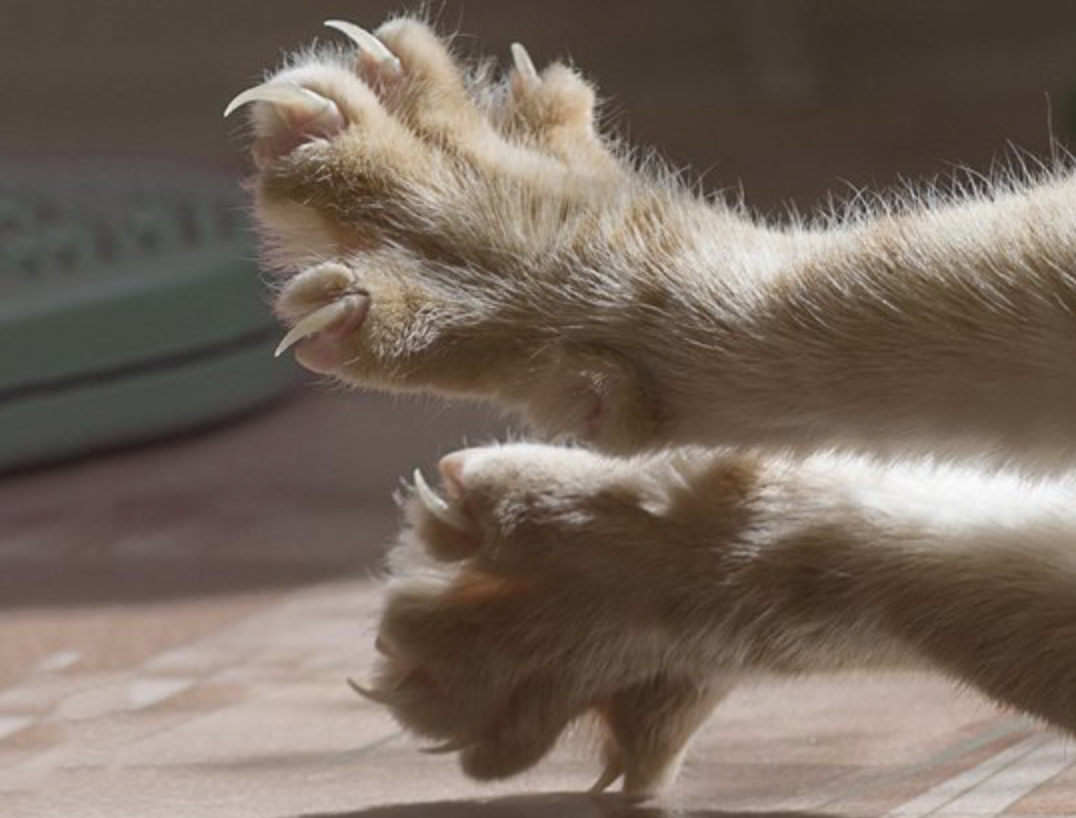 On September 22, 2013, Arizona Cardinals safety, Rashad Johnson, lost the top of his left middle finger after tackling a player from the rival team. Johnson, no stranger to injuries, tweeted the next day that this was “Prob most painful injury I’ve had”. This statement should not surprise us, as each of our fingers is a marvel of complexity, combining strength and dexterity, and as such is an extremely sensitive organ with numerous interlaced blood vessels and nerves.

Yet, the human finger is not unique in that sense. Many animals, and practically all mammals, whether they are bipedal, quadrupedal or knuckle-walkers, share a similar anatomy of their fore- and hind-limbs digits. This phenomenon is known as “homology” – the similarity of anatomical structures from different species based on their descent from a common evolutionary ancestor.

The underlying structure of the mammalian finger is formed by 3 small tubular bones called phalanges (or phalanx for a single bone). These bones got their name from the ancient Greek phalanx, which means “soldiers”, that like fingers, used to stand side-by-side in an army formation. The longest phalanx in each digit is closest to the palm of the hand (or the sole of the foot) and is called the proximal phalanx. Next is a shorter phalanx, named the intermediate phalanx. Finally, the shortest phalanx, termed the distal phalanx forms the tip of the digit. The exceptions are the thumb and big toe, both only having 2 phalanges as they are missing the intermediate phalanx. Figure 1 below depicts a typical human (bottom) and cat (top) digit, displaying the intermediate (right) and distal (left) phalanges in beige color.

The 3 phalanges of each digit articulate with each other to form inter-phalangeal joints, which are reinforced by several ligaments that attach close to the edges of each bone (fig. 1, in white color). In addition, several muscle tendons are inserted along opposite sides of the 3 phalanges to enable the digits to flex and extend (fig. 1, in brown color). The bones, ligaments and muscles are entwined with blood vessels, nerves, and connective tissue, and finally encapsulated by a cover of skin. 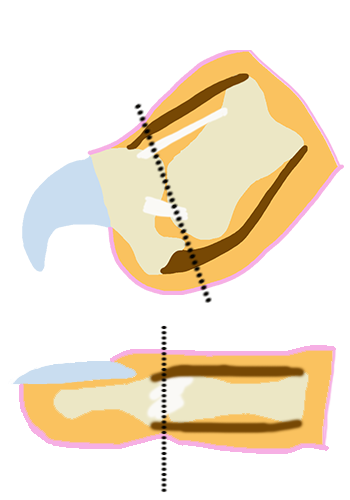 Figure 1. A representative human finger (bottom) and cat digit (top). The intermediate (right) and distal (left) phalanges are shown in beige color. The distal inter-phalangeal joint is the articulation between these 2 bones. Ligaments are depicted in white and muscle ligaments in brown. The connective tissue, including nerves and blood vessels, are shown in light orange and the surrounding skin in pink. Nail and claw are illustrated in light blue. The top black dotted line demonstrates where the guillotine nail trimmer is placed over the cat digit to amputate the distal phalanx. The bottom black dotted line indicates the identical location in human fingers, if a similar amputation procedure would take place.

And then there is the nail, or claw (fig. 1, in light blue color). This structure is made of a hard protein called keratin, which is also the main component of hair and the outer layer of the skin (epidermis). As such, the nail/claw itself is a dead tissue, and that is why we can safely clip it without feeling pain. The nail/claw root, which is the only live part of this tissue and the site of nail/claw growth, is a different story. The nail and claw arise from this highly vascularized and innervated growth zone, which is embedded in the innermost layer of the epidermis, overlapping with the distal phalanx in humans yet firmly rooted in the distal phalanx in cats. Specialized cells, called keratinocytes, continuously divide, elongating the nail/claw and eventually forcing us to clip them.

Cats, big and small, wild and domesticated, use a different method to keep their claws short and sharp – they scratch various surfaces to remove the outer layers of their claws. Outdoors, these surfaces will include mostly trees. Indoors, however, our domestic cats revert to available surfaces like carpets, sofas, chairs and tables. This type of behavior brings them many times in conflict with their owners’ wish to keep their rugs and furniture intact and scratchless. And so, finally, we come to the topic of declawing (medically known as onychectomy).

While declawing may sound like a benign term to the laypersons, implying just the removal of the claw and the prevention of claw growth, the actual meaning of declawing is really amputation. The declawing operation itself usually involves a guillotine nail trimmer or the use of a scalpel to disarticulate the distal inter-phalangeal joint and the amputation of the entire last digit with the surrounding tissue, which includes the claw growth zone, the digital flexor and extensor tendons and the dorsal and collateral ligaments of the distal inter-phalangeal joint. Looking at figure 1 again, the dotted black line indicates the location of amputation in the cat digit (top) and the corresponding location in the human digit (bottom), if a similar “declawing” operation would have taken place. Remember Rashad Johnson who suffered from a partial amputation of just one finger and described it as the most painful injury he ever endured? Now multiply it many times over, (depending if only the front paws or also the back paws of the cat are declawed), and you will only start to grasp how distressing and traumatic this operation is to the cat.

Excluding the relatively few cases where declawing is performed due to a true medical reason, the estimation is that at least 20% of all cats in the US undergo declawing as an elective procedure, which amounts to about 16 million cats, and the question must be asked – If this elective orthopedic operation of digit amputation is so drastic, painful and has no real benefit to the cat, why are we still performing it? The answer is simple; unfortunately for cats, they are the masters of disguise when it comes to pain. Owing to their stoic behavior, even under sever post-operative pain, your cat may only slightly alter its gait or at worse will limp a bit. Most owners will probably fail to notice it, let alone mention it to their vet in the next visit. Even veterinarians, are not always aware of this behavior and will fail to notice these long-term changes in gait termed lameness. Yet, as bad as chronic post-operative pain is, it is not the sole issue with declawing. Other complications are far from rare, and may include bleeding, infection, tissue necrosis, damage to the radial nerve due to severing of its distal branches, and even claw regrowth due to failure of completely removing the growth zone.

In many countries, including most European countries, declawing is illegal. This is also true for New York state, where cat declawing was banned by law in July 2019. One can only hope that other states will soon follow this humane initiative and will end this unnecessary suffering for our feline companion.

Did you know? Regular blood work screenings for your pets is important

Did you know? Petfood marketing can be misleading…