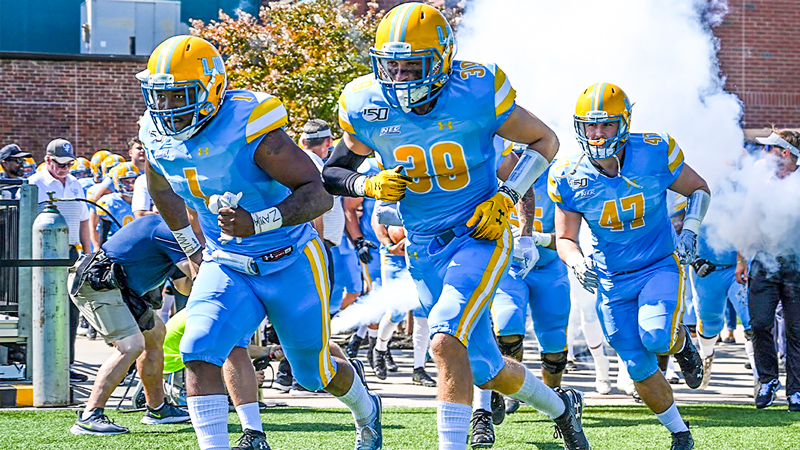 CIRCLING THE WATERS AROUND LONG ISLAND, THE SHARKS HAVE LIU SWIMMING INTO UNCHARTED WATERS WITHIN NCAA DIVISION I ATHLETICS

Few creatures on earth can compare with the majestic ferocity
of sharks. Nothing provokes fear and marvel like the sight of a dorsal fin cutting through the water just above the surface. This remarkable predator will carry the tradition and legacy of Long Island University into the competitive waters of national prominence.

The Shark was selected as the favorite mascot from among three finalists by a vote of LIU students and alumni. The voting window opened in April and closed in May, with the Shark beating its competitors, the Eagle and the Falcon. 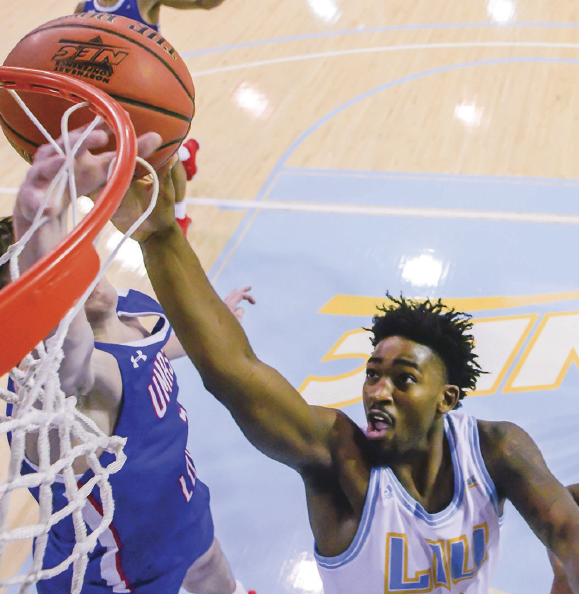 The selection is fitting for the University, with campuses located on Long Island and surrounded by the waters of the Long Island Sound and Atlantic Ocean, where these iconic animals swim. Moreover, sharks embody strength, resolve and brilliance — qualities that represent the spirit of LIU and the individuals who comprise the University.

The future is bright and exciting, yet the transition inevitably brings bittersweet sentiments for many alumni who proudly cheered and competed as Blackbirds and Pioneers. The Sharks will honor the legacy built by those individuals. The foundation of excellence and tradition allows current and future teams to advance the accomplished tradition already in place.

In LIU’s history, its teams have combined for 23 national championships, 218 conference titles, and 376 All-Americans. The University’s new colors are blue and gold — chosen to honor and unite the traditions of both LIU campuses.

“The athletic program will help givevthe school national attention for our academics,” said alumni association president Bob Jahelka (Accounting, ’84). “LIU has gone through a lot of changes, but still it’s always going to be our school.”

Few alumni have made greater contributions to LIU’s football prestige than Jahelka and perhaps no one exhibits more school pride — he is in the school’s athletics hall of fame and named several of his businesses after the University. 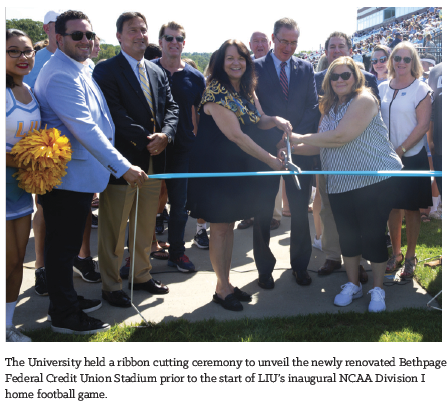 Having played in plenty of big games as a student at LIU, Jahelka gushed
enthusiasm after the atmosphere at the inaugural Division I football game. “It was an unbelievable environment,” he said, “It was like homecoming. And that’s what it’s going to be like almost every weekend. It’s really quite amazing.”

The new mascot is already bringing unprecedented national exposure to the University’s Division I athletics program. The Sharks are practically regulars on ESPN these days. In soccer, freshman forward Papa Ndoye’s spectacular bicycle kick against Columbia University scored the #1 spot on the network’s Top Ten Plays.

Two weeks later, senior running back Tim Marinan appeared on Monday Night Football’s popular C’Mon Man! segment for his clever use of an official as a lead blocker against Bryant University. The game was originally broadcasted live on ESPN3, as was the team’s game against Wagner College.

This summer the football team announced future road games against the West Virginia University Mountaineers and the Miami University RedHawks in 2021 and the University of Toledo Rockets in 2022. Later this year, the men’s basketball team will travel to Lubbock, Texas to play Texas Tech University. The Red Raiders made the Final Four and played in the national championship game last season.

“I’m excited about new opportunities for our athletics,” said Athletic Director Dr. Bill Martinov. “We will grow as a Division I program and continue to recruit exceptional student-athletes.”

“We are bringing NCAA Division I hockey to New York City, and I’m so incredibly thankful to LIU Athletics for the confidence and trust that they have shown in me to serve as LIU’s first ever women’s hockey coach,” said head coach Rob Morgan, who has previously coached for professional teams in Canada and China, along with Yale University. “I believe I can take my experiences from along the way and collectively we can lay a foundation and build a championship program.”