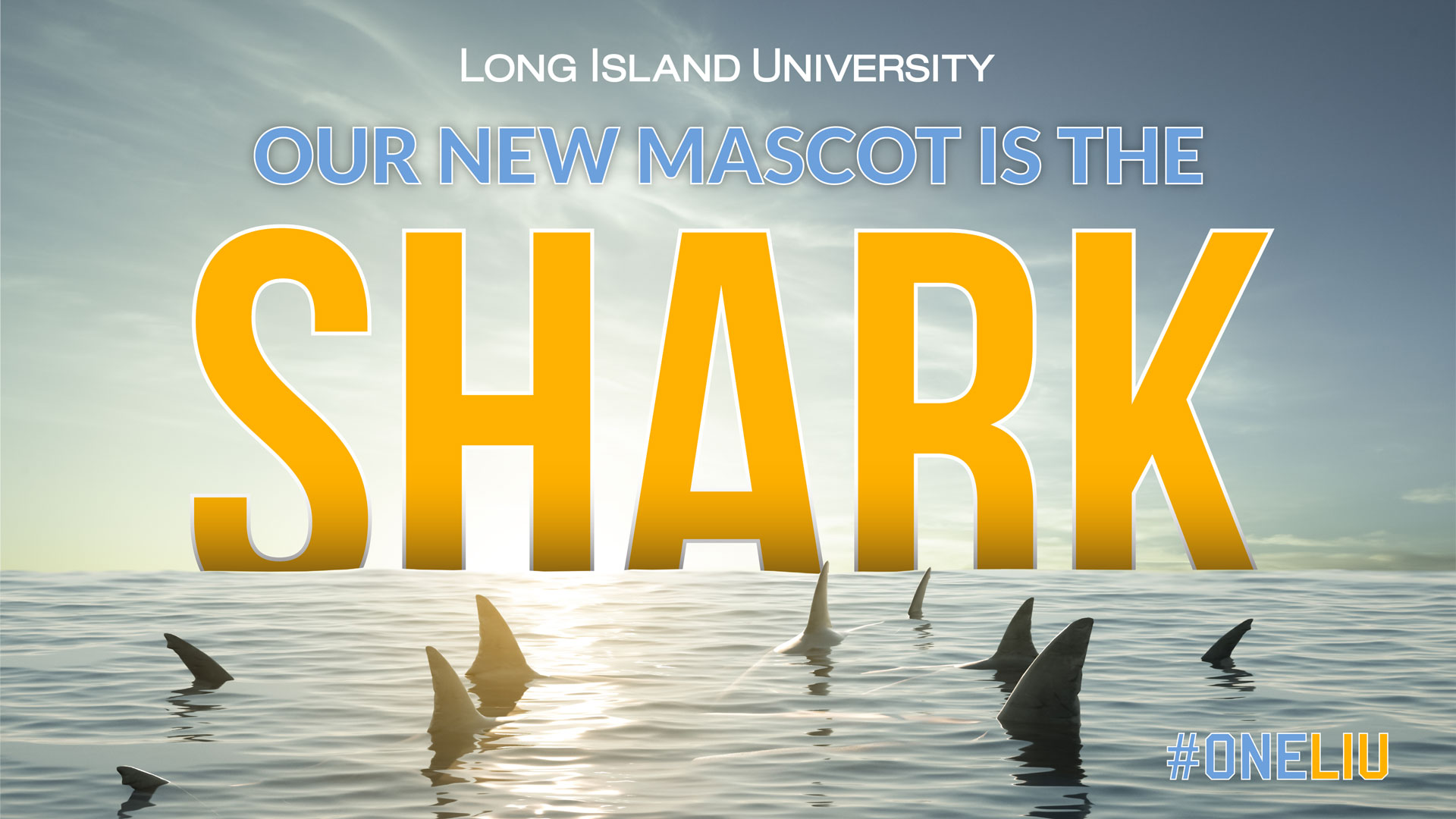 Long Island University students and alumni made history Wednesday by choosing the Shark as the mascot of its expanded NCAA Division I program, which will unite the Brooklyn and Post campuses. The movie Jaws made us fear the shark, and television shows like Shark Tank, Shark Week, and Sharknado are staples of popular culture. Long Island University is the first NCAA Division I program on the East Coast to make the Shark its mascot.

LIU teams will compete as the Sharks beginning this September. The Shark is an animal which embodies strength, resolve, and brilliance, all qualities that embrace the spirit of LIU and the individuals who comprise our extraordinary University.

The Shark was selected as the favorite mascot from among three finalists by a vote of LIU students and alumni. Voting was held from April 23, 2019 through May 14, 2019, with the Shark beating its competitors, the Eagle and the Falcon.

“Long Island University students and alumni took the opportunity to set a distinct path by choosing the fearsome Shark as our mascot,” Long Island University Director of Athletics Debbie DeJong said, “As we elevate LIU’s campuses into a single, stronger, Division I program, we will join together proudly as Sharks.”

LIU’s united NCAA Division I program builds on a foundation of excellence and tradition. In LIU’s history, its teams (LIU Brooklyn Blackbirds and LIU Post Pioneers) have combined for 23 national championships, 215 conference titles, and 362 All-Americans. The colors of the new LIU Sharks will be blue and gold— chosen to honor and unite the traditions of the University.

What the new mascot will look like remains to be seen, but plans are underway to reveal the Shark soon when the waters clear.