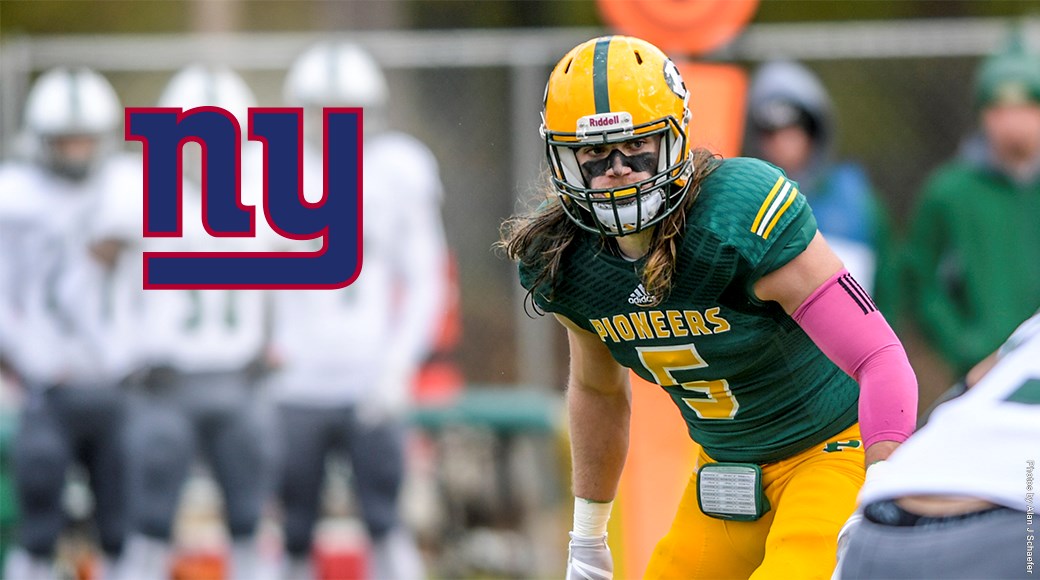 The reigning Northeast-10 Conference Defensive Player of the Year caps off his outstanding final season at LIU by continuing his football career at the highest level. Carlock helped lead the team to an undefeated regular season, winning 10 straight games and a conference championship.

“This has been a dream of mine since I first picked up a football,” the 6-3, 225-pound cornerback told the Greater Babylon community paper after the reportedly lifelong Giants fan signed the deal with his favorite team. “Words can’t describe how excited I am.”

In fact, he told an interviewer for NFL Draft Diamonds that the one person in the world he’d like to have dinner with would be Tom Coughlin, who was the head coach for the New York Giants for 12 seasons—including two Super Bowl trophies—before joining the Jacksonville Jaguars as their executive vice president of football operations. 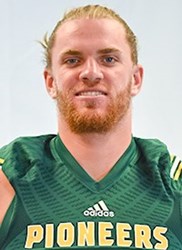 With Carlock on the team, the Pioneers set a new program record with 15 consecutive wins dating back to the 2017 season, leading to head coach Bryan Collins being named the Northeast-10 Coach of the year.

“We are all very proud of Jake,” said Coach Collins. “He practiced as hard as he played and was a leader by example. His ability to affect a game on the defensive side of the ball—whether rushing the ball, defending the run or in coverage—all these qualities will translate to the next level, and teams are also excited about his ability to play special teams as well as snap the football.”

Along with Carlock’s impressive performance on the gridiron, his teammate, defensive back Nazir Streater, made a sensational one-handed interception that snagged the No. 1 spot for Week 6 on ESPN’s SportsCenter’s broadcast of the Top 10 College Football Plays of the Week. As the game reel reveals, Carlock’s unrelenting pressure on the opposing quarterback played a part in his rushing the throw.

Carlock showed in the 2018 season that he is a high impact player. He led the Pioneers with 67 total tackles, 11 pass breakups, and three fumble recoveries. In the Northeast-10 championship game against New Haven, he recorded seven tackles, one interception, one fumble recovery and one pass breakup.

The son of Donald and Robert Carlock, Jake grew up with seven siblings in Babylon, N.Y., where he played varsity football at Babylon High School and helped his team capture back-to-back Long Island Class IV Championships. His prowess also earned him USA Today All-State honors along with his being named to the All Long Island and All Metro First Teams.

Majoring in physical education with a minor in health, Carlock aspires to coach football and basketball, and become a physical education teacher someday. But those goals will have to take a back bench as he pursues his dream—and maybe help the Giants reclaim their winning ways in the seasons to come.

All told, it’s been a sensational season to remember for the LIU Post Pioneers. And an unforgettable start for the next chapter in Jake Carlock’s career in professional sports.