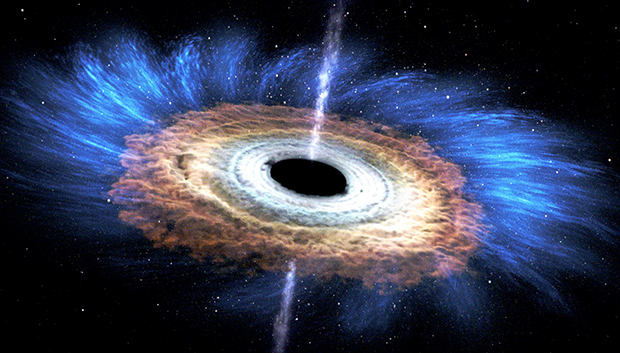 Gravity will surely be making waves this week when LIU Brooklyn hosts the 21st Eastern Gravity Meeting on May 24 and May 25 featuring presentations on black holes, neutron stars and astrophysics.

This annual regional conference is held to encourage the interaction of researchers in the Northeast from undergraduate students to faculty interested in all areas of gravitational physics.

The big event will be a talk open to the public this Thursday at 6 p.m. by Dr. Zachariah Etienne, an assistant professor of mathematics at West Virginia University, whose theme is “When Neutron Stars Collide! Gravitational Waves, Gamma-Ray Bursts, and the Ring on Your Finger.”

Gravitational waves are ripples in the fabric of space-time caused by some of the most violent and energetic processes in the universe, including colliding neutron stars and black holes. A neutron star, born from a supernova explosion, is so dense that one teaspoon of it would hold as much mass as Mount Everest.

Etienne is a member of an international team of 1,200 researchers at the Laser Interferometer Gravitational Wave Observatory (LIGO) Scientific Collaboration, whose discoveries have made world-wide news.

In 2015, LIGO first detected gravitational waves. On Oct. 16, 2017, LIGO announced that its team had directly detected colliding neutron stars for the first time. Albert Einstein had predicted the existence of gravitational waves in 1916 when he released his general theory of relativity.

“Gravitational wave observatories are opening a new window on the universe,” Dr. Etienne told West Virginia University’s Neuron magazine. In high school he said he “would devour all of the popular science books at the library written by famous physicists like Stephen Hawking and Steven Weinberg. Learning about the weird implications of modern physics captivated my imagination.”

Thursday’s topics start with “Black Holes” at 9 a.m. after a brief welcome by Dr. Scott Krawczyk, Dean of the Conolly College of Liberal Arts, which is hosting the conference.

At 10:15 a.m., LIU Brooklyn’s Michael Ramsey, a Brooklyn Honors College senior triple-majoring in physics, biology and psychology, will be presenting his award-winning talk on “Energy Extraction From Black Holes by Cosmic Strings.”

All talks will be in room LLC 116. The entrance to LLC, building 7 on the LIU Brooklyn campus map, is on the right underneath building 12, which hangs over the large central walkway running through the campus north to south.

The complete schedule of talks can be found here. Seating is limited. Etienne’s public talk promises to be entertaining and accessible to all–even those without a physics major.