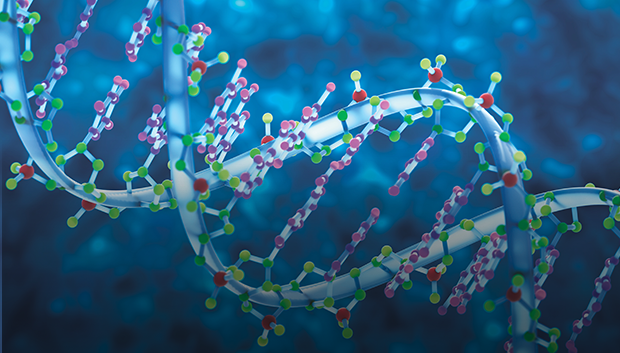 Long Island University is on the forefront of the genomics revolution. The building block of precision medicine—designing therapeutic drugs to precisely treat a particular patient’s disease—is the study of genomes. And that’s just one fascinating aspect of the far-reaching research now underway at LIU Pharmacy.

Helping LIU Pharmacy lead the way is Dr. Jeffrey Idle, who has joined the university to head the new Systems Pharmacology and Pharmacogenomics Division. Dr. Jeffrey Idle is a world leader in the fields of metabolomics and pharmacogenetics. Dr. Idle’s work in this field and in pharmacogenetics has been instrumental in moving therapeutics towards more patient-specific treatments (“precision medicine”) in a broad range of medical specialties.

In addition, metabolomics has been successful in the discovery and definition of biomarkers of disease susceptibility and outcome, for example, in various types of cancer patients. Metabolomics and precision medicine may also lead to breakthroughs in treatments for osteoporosis, Alzheimer’s disease, and liver and lung disorders, among others. The building block of precision medicine is the study of genomes.

“The entire field of the treatment of human disease is moving toward precision or personalized medicine,” says Dr. John Pezzuto, Dean of the College of Pharmacy at Long Island University. “Basically, we’re all different people. One size does not fit all. By understanding the differences in terms of metabolism and genetics, systems, pharmacology and epigenetics, a more efficacious and more advantageous therapeutic approach can be designed.”

A genome is the complete set of DNA of an organism. Therefore, the human genome is all the genetic information in the DNA that has been used to produce and to operate a human being. Each of us has a unique genome, with the exception of identical twins, who share a common genome. The human genome comprises approximately 3 billion so-called “base pairs” arranged into units called genes, each of which has particular biological functions. We have somewhere between 20,000 and 25,000 individual genes and, despite the Human Genome Project, the exact number is still uncertain.

Since our genome is largely responsible for our individuality, including our response to drugs, the study of how the genome affects drug responses, pharmacogenomics, is one of the main building blocks of precision medicine. This is why the pharmaceutical industry is collecting information on 2 million genomes, so that drugs can be better tailored to individual patients. By stratifying patients using genomic information, the licensing of new drugs by FDA will be streamlined.

“Systems pharmacology and pharmacogenomics research at LIU will furnish new insights into the mechanisms of drug action and adverse drug reactions, and therefore assist in the development of programs of precision medicine, fueling the greater good,” says Dr. Idle.

“We will move to the top of this area of precision medicine,” says Pezzuto. “In turn, this will lead to many important partnerships with various other institutions, hospitals, and clinics throughout the city, the nation, and, perhaps, the world. State-of-the-art technology and expertise will be right here at LIU.”