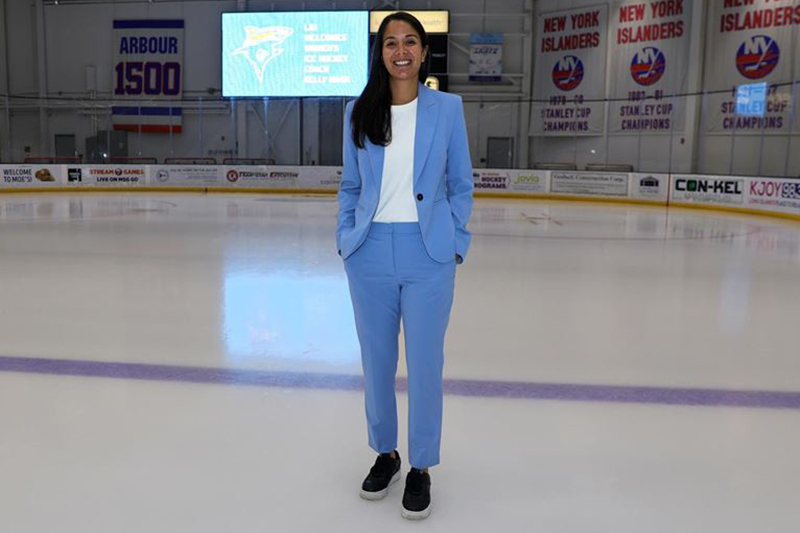 Kelly Nash was named head coach of the Sharks women’s ice hockey program after serving as associate head coach and head scout for the Premier Hockey Federation’s Metropolitan Riveters. Nash won two national championships as a student-athlete at the University of Wisconsin and spent six seasons as an assistant coach at the collegiate level with a focus on player development, recruiting, practice planning, video analysis and scouting.