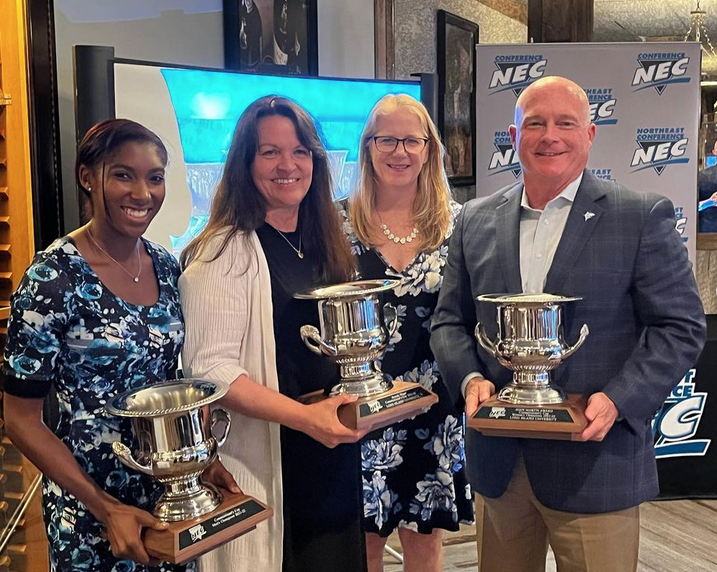 Long Island University won the Brenda Weare Commissioner’s Cup for the second straight year, recognizing the best athletic program in the Northeast Conference. The Sharks earned the most points of any winning program in conference history and claimed both the Men’s and Women’s Commissioner’s Cups, becoming the first university to sweep the three awards since 2011.