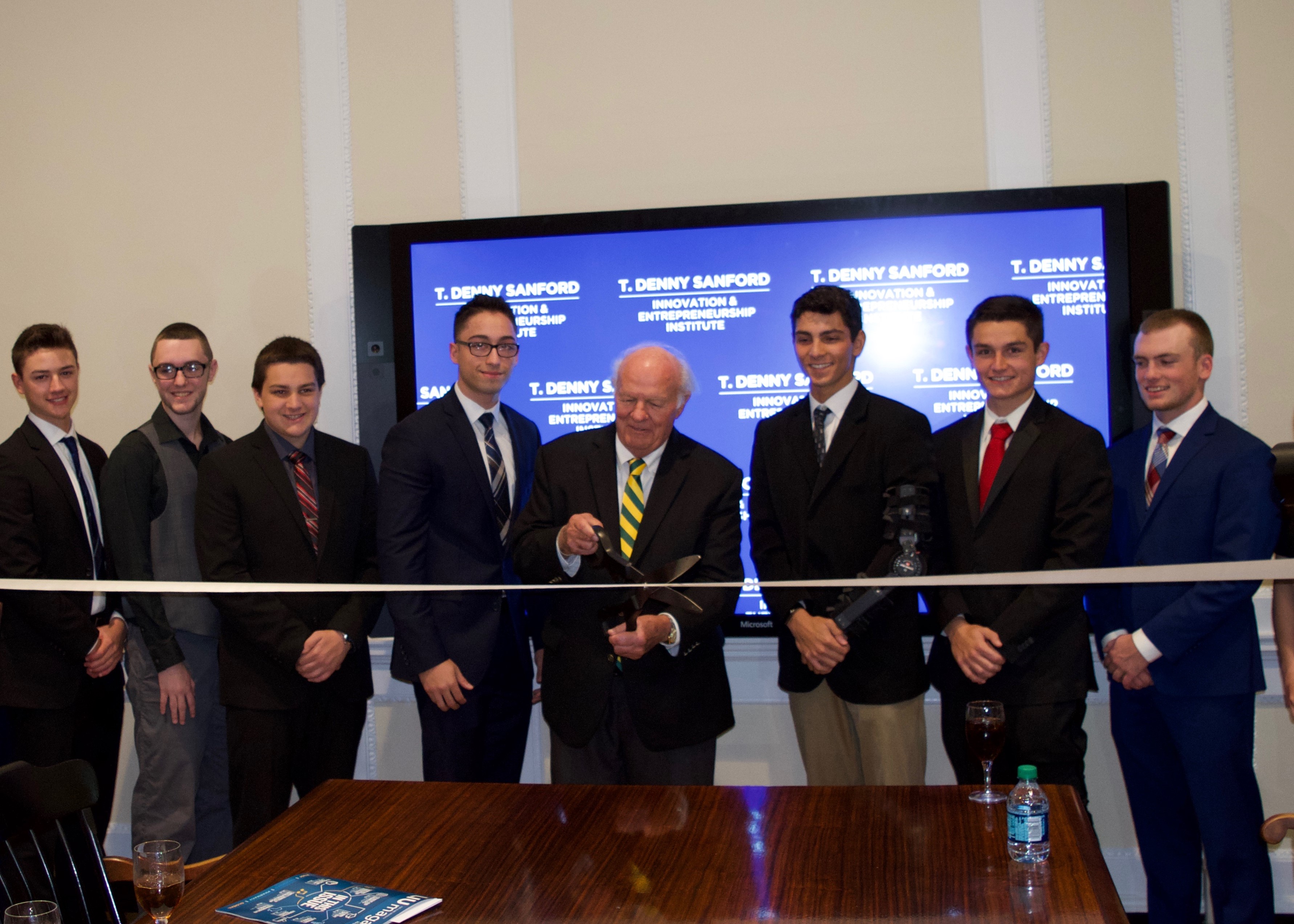 LIU Post on Friday unveiled the first phase of an aggressive strategy to bring innovative minds, possibly the next Jobs or Zuckerberg, to its campus.

While technology giant Apple was conceived out of a California garage and Facebook in a Harvard dorm, the Brookville university is following in the direction of other universities that are hoping to foster innovation right on campus.The university’s mission is to attract creative minds to its T. Denny Sanford Innovation and Entrepreneurship Institute, named after the billionaire philanthropist who contributed a $5 million grant to help fund the project. The goal is to put young minds, educators, and successful leaders of industry together under one roof to spearhead innovation.

LIU President Dr. Kimberly R. Cline said at the institute’s official ribbon cutting Friday that the university intends to attract entrepreneurs from around the world and cultivate young people to become leaders in their own industry.

“We are going to push you to be the very best,” Cline said.

Sanford’s generous grant helped the university renovate its historic Bush-Brown Hall. Sanford, who was in attendance Friday, acknowledged that “start-ups are tough” but recalled how his own bank steadily grew over two decades.

He said the key to success is to surround yourself with experienced people.

“At the end of the day, you need someone who has been there, done that,” said Sanford, owner of South Dakota-based First Premier Bank.

That message is at the core of the institute, officials said.

“It not only seeks to expand entrepreneurship and innovation throughout the whole region, it also is about bringing young people in and getting them started with entrepreneurship early on,” Cline told the Press.

Cline said the plan is to have 20 students each year involved in the program. They’ll be awarded scholarships, have access to faculty experts and the ability to take advantage of other campus-based institutes to help them along their path.

Dr. Robert M. Valli, dean of LIU-Post’s College of Management, noted the growth of incubators regionally and across the country. The advantage LIU-Post has, he said, is its access to investors, being in one of the wealthiest zip codes in America, and an ambitious student body.

“We want to reach out to nascent companies that are starting in New York or outside of New York, or even outside of the country,” Valli said, “and bring them here and help them launch into industry.”

Providing a base for both startups to work at the institute and students with entrepreneurial minds to learn could turn LIU-Post into a “nexus” for innovation, he said.

The institute has already attracted several start-ups, including EParel, a tech company that tries to help the hotel industry be more efficient, and Bayside Brewery, which uses a technology to speed up fermentation.

Launching the institute is just the beginning for the university. The second phase of the project includes adding a 12,000 square-foot extension to the existing building that will serve as the incubator space. Construction is expected to begin in the fall.