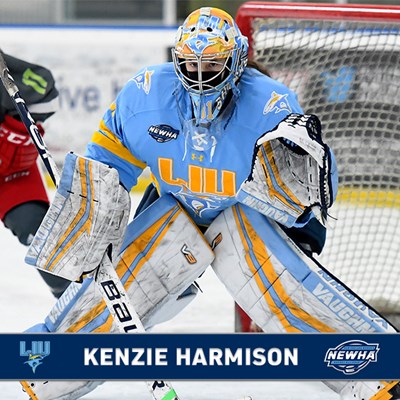 23 Members of the LIU women’s hockey team were recognized with All-Academic Team honors by the New England Women’s Hockey Alliance. The LIU Sharks continue to dominate on the ice and in the classroom with special recognition to sophomore goalkeeper Kenzie Harmison, one of 12 athletes in the conference who earned Student-Athlete of the Year honors for obtaining a perfect GPA. Harmison also earned the Most Outstanding Player award in the 2019-20 NEWHA Championship, and was LIU’s Most Valuable Player during the team’s run to the 2020-21 Commissioner’s Cup Championship title.