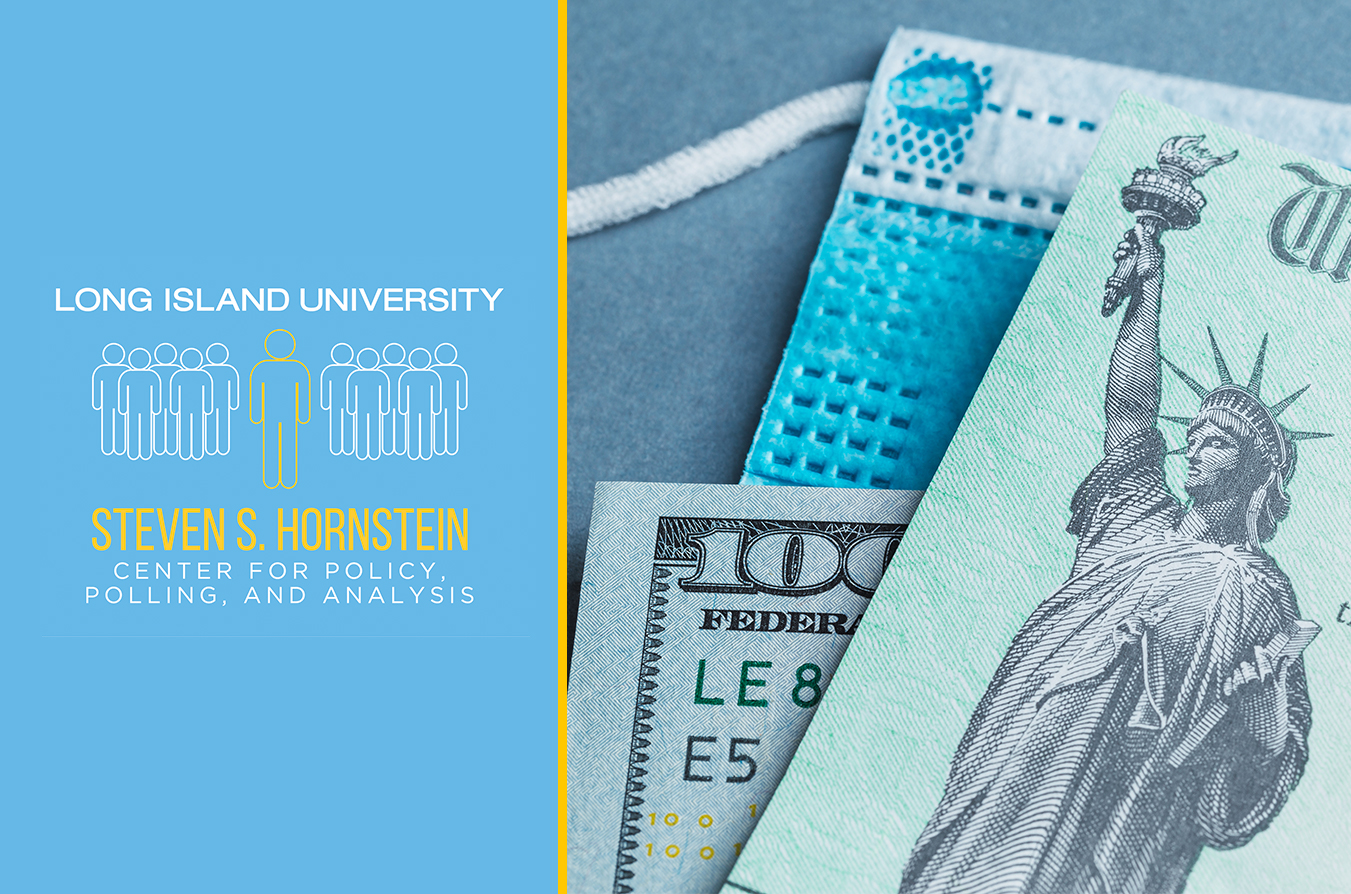 BROOKVILLE, NY, April 21, 2021 – Results of a newly released Long Island University Steven S. Hornstein Center for Policy, Polling and Analysis national poll reveal that half of Americans believe the recovering economy is a result of the federal government’s COVID-19 stimulus aid package, while 32% of Americans believe that the increased deficit will cause an economic downturn over time.

The U.S. economy shows signs of recovery in the midst of the pandemic as COVID-19 vaccinations rise and federal stimulus checks are spent in the United States. The U.S. Department of Commerce released information through the Census Bureau report on April 15 that retail and food services sales were 9.8% higher than the previous month. A U.S. Labor Department report on April 15 showed that unemployment lines were improving with 200,000 less U.S. workers filing for initial unemployment benefits. A Federal Reserve report on April 15 revealed that industrial production, a key performance indicator of the American economy, increased 1.4% last month as measured by factory and utility output.

IS THE RECOVERING ECONOMY DUE TO THE FEDERAL GOVERNMENT’S COVID-19 STIMULUS AID PACKAGE?

WILL AN INCREASED DEFICIT FROM THE STIMULUS AID PACKAGE CAUSE AN ECONOMIC DOWNTURN OVER TIME?

HOW DID AMERICANS SPEND THEIR $1,400 STIMULUS CHECK?

Americans were asked how they are using their $1,400 stimulus check as part of the federal government’s COVID-19 stimulus aid package in America.  The most common response was on mortgage, rent, food, car, and credit card expenses (34%). In second place, 23% of respondents said they were saving it. Other responses included other expenses (17%), unsure/no answer (6%), and charity (2%).  17% of the respondents reported that they did not receive a stimulus check.  Americans who had the highest response rate of saving it were aged 18 to 29 (29%).  47% of respondents said the $1,400 stimulus check amount should have been more, 15% said less, and 38% said just right.

This Long Island University Steven S. Hornstein Center for Policy, Polling, and Analysis online poll was conducted through SurveyMonkey from April 6 – 7, 2021 among a national sample of 1,582 adults ages 18 and up. Respondents for this survey were selected from over 2.5 million people who take surveys on the SurveyMonkey platform each day. Data for this week have been weighted for age and gender using the Census Bureau’s American Community Survey to reflect the demographic composition of the United States. The modeled error estimate for this survey is plus or minus 2.5 percentage points.