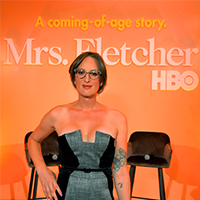 Long Island University adds another prominent television show to its extensive filmography portfolio. LIU hosted the cast and crew of HBO’s new original series Mrs. Fletcher on the Post campus. The production team utilized numerous spaces on the 330-acre campus, including Graham Hall and the Great Lawn. Starring Kathryn Hahn, the show is a dual coming-of-age story that follows the lives of Eve Fletcher, an empty-nest mother, and her college freshman son. Other hit television shows to film at LIU include: Crashing, The Unbreakable Kimmy Schmidt, Madame Secretary, The Blacklist and Royal Pains.