Ernest Terrelle Williams (LIU Post ’17, BFA), who booked the role of one of the Angels on “Kinky Boots”, is now stepping out on stage in Asia after touring nationally since his graduation last year.

His first tour wrapped up this past May. Starting in July, the cast will spend several months in China, performing “Kinky Boots” in Guangzhou, Beijing and Singapore.

Besides his extensive warm-up routine, Williams has had to prepare himself mentally for the trip, he admits.

“I’ve never left the country in my life!” he said. “It’s exciting but it will present challenges.”

Williams, a New York City native who was born and raised in the Bronx, has been acting since his sophomore year of high school. For college, he decided to follow two of his best friends to the LIU Post Theater Program. He originally began his studies in musical theater but he decided that he “wanted more” out of his college experiences, so he also got involved in the dance program. Ultimately he graduated with a BFA in dance.

“I was able to hone my craft,” Williams said of his time at LIU Post. While attending school, he performed with his peers in dances and shows that were choreographed by students. His favorite classes were in the genres of jazz, modern, hip-hop and African dance.

“It was an opportunity for growth,” he recalled. “I learned a lot from watching people in the program.”

In addition to his dance performances, Williams also performed in musical theater shows, giving him a diverse skill set that he later took on his Broadway tour.

Even after graduating, Williams has maintained his LIU connections. In order to keep in top physical shape after his first tour ended, he worked on a dance project with Nancy Brier, an Adjunct Professor of Dance at LIU Post. Williams was grateful for the opportunity to keep moving.

“It’s important to stay active when not on tour to keep the body conditioned,” he explained. “I sing so high—I sing as a female—so my voice and my body, I got to keep it moving, keep it going. I got to keep my body in shape.”

“We’re in heels the whole show!” he exclaimed.

But it’s worth it, Williams believes.

“[Performing] is definitely a rewarding experience,” he said. “I learned a lot, not just about my profession and what I do, but about myself.” 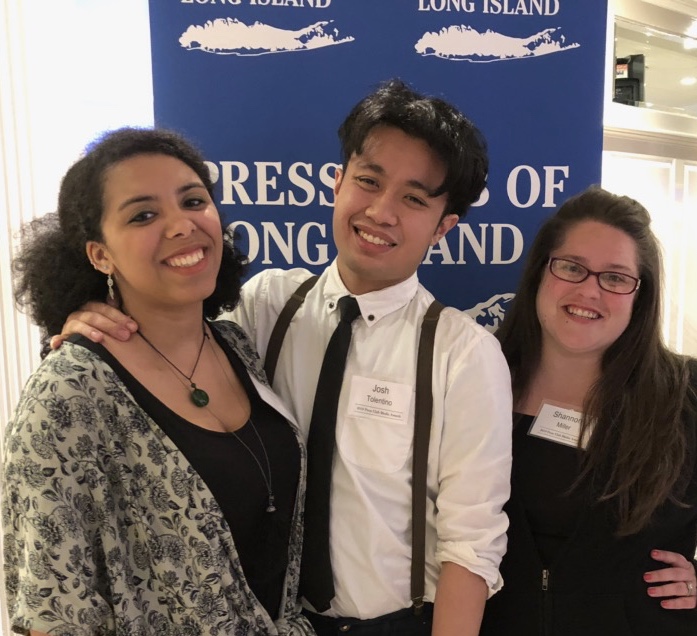